Shock wave lithotripsy was started in Japan in 1984. A clinical trial of the new stone treatment was conducted at the University of Tokyo Hospital. Two doctors of the Department of Urology at the University of Tokyo Hospital were sent to Katharinenhospital in Stuttgart, West Germany, to master the shock wave lithotripsy, from October 27 to November 10, 1984. 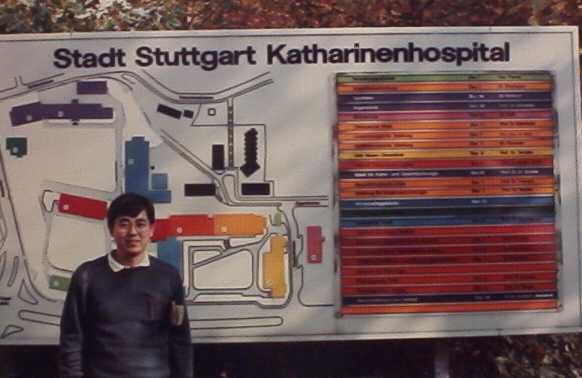 The shock wave lithotripsy was invented by Professor Chausy of the University of Munich in 1980 with Dornier. In 1984, the number of cases was the highest in Katharinenhospital in Stuttgart, where the second device was installed. For this reason Dornier was guiding foreign doctors to Katharinenhospital. 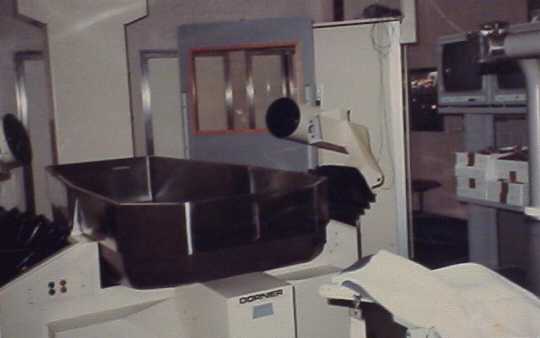 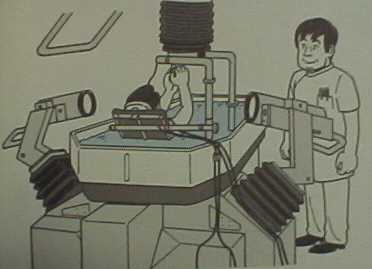 Dornier's first HM3. The patient is hung from the ceiling on a stretcher and immersed in an aquarium.
There were many switches on the operation panel, such as stretcher operation, X-ray equipment, electrode replacement, voltage adjustment, and bath water supply / drainage.
Apart from the operation panel, there was a switch on the wall, which was usually 1 but one day it was 2. When I asked the doctor at that day who was not very good at English, "Was ist das?", I remember the answer "Air conditioner".

Secretary. All referral replies are typed by them, freeing doctors from clerical work and allowing them to focus on treatment and conferences. Japan is more than 20 years behind! 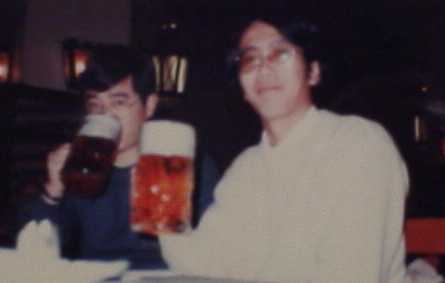 Every day, I and four year senior colleague attended conferences started 7am, and studied manipulation of lithotripter from 9am to17pm. After-five, we visited beer halls. 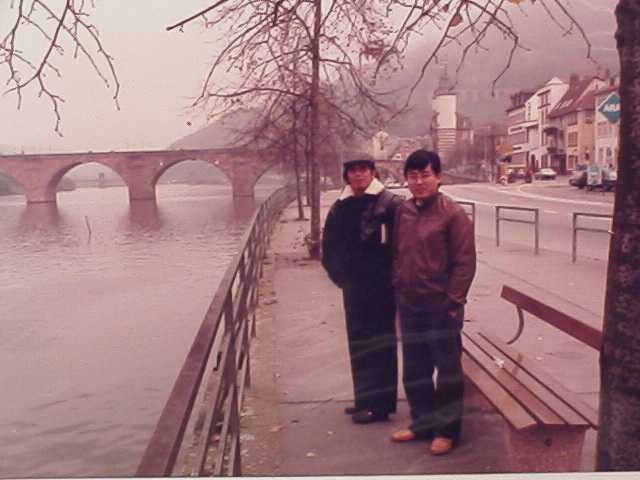 We visited the resort on the weekends, but it was out of season and quiet, and the store was closed. The two men were very miserable.